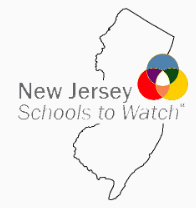 Leonia Middle School has been named a School to Watch by the New Jersey Schools to Watch Committee.  Schools to Watch is an initiative launched by the National Forum to Accelerate Middle-Grades Reform in 1999.

The Forum contends that three things are true of high-performing middle-grades schools:

To achieve this national recognition, Leonia Middle School has demonstrated established norms, structures, and organizational arrangements to support and sustain the trajectory of the school toward excellence.  LMS will join recognized schools and will be featured in state and national publications, and will be visited by educators from anywhere in the country. Schools to Watch also participate in professional development and serve as a model for other schools using the Schools to Watch Criteria to guide school improvement and reform.

The recognition is a byproduct of systemic change that began three years ago, as a result of the middle school faculty taking part in a very honest and introspective self-study.  The self-study revealed the strengths and weaknesses of the school’s structures as seen by the faculty.  Confronting the data and brainstorming on how to make the school a better place is an ongoing process.  Each year the staff reevaluates the school by undergoing the self-study and implementing recommendations.

This year the LMS faculty’s self-study scored high enough in each area for the school’s leadership team to decide to submit an application.  The application was accepted and approved for a site visit by the NJ School to Watch Site visit team.

A team of five people, which included other Schools to Watch administrators, teachers, and university partners, visited LMS for a day.  During the day the visitation team met with teachers, students, and parents to evaluate the school’s structures and practices.

In March of 2014, Dr. Nicholas Bernice, LMS Principal, attended the New Jersey Association for Middle Level Education conference to formally accept the School to Watch award.  He also attended the National Conference in Washington, DC in June 2014 where LMS and Carl H. Kumpf Middle School in Clark, NJ were both recognized as awardees for New Jersey.  In September, NJ State Chairpersons Dr. Gail Hillard-Nelson and Mr. Frank Corrado visited LMS and awarded the school its Schools to Watch banner to all of the LMS faculty and students.